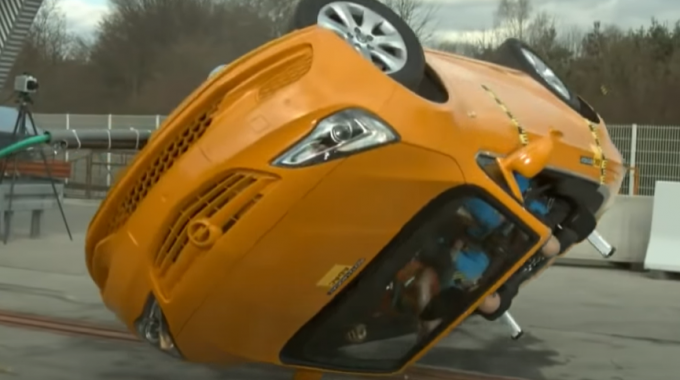 Convertibles; everyone wants one but everyone is scared of them, too. It’s something about driving under the sun, in the open air that is just as thrilling as it is frightening. One of the scariest things that can happen in any car, let alone a convertible, is a rollover.

People often think that while a sedan has a solid roof, convertibles have nothing but the windshield frame protecting them from the road. What they fail to take into consideration is the convertible rollover protection system, coupled with the robust windshield frame.

These two join to become lifesavers in the event of a rollover; you will simply have to get a windshield replacement or repair after, though.

There are two active roll-over bars located inside the rear seat’s head restraints. The bars are reinforced and just as sturdy as the windshield frame, providing extra support at the rear to give all the occupants enough headspace, even as the car rolls down.

The bars are fitted into concealed housings that are activated by the airbag control unit. Once the release system gets triggered, the beams shoot up to 10.5 inches within 0.25 seconds.

In some cases, the deployed beams eject the headrests too and repair can cost a little, such as in some Volkswagens. However, Audis, BMWs and many other brands have the release system situated just behind the seats, so that the beams can be reset if the car doesn’t flip.

This convertible rollover protection system is relatively new, although the concept of convertibles has been around for a long time. And despite its newness, it has saved a lot of lives over the years.

A cracked windshield can be a major nuisance. It not only looks awful, but it…

Is Your Parking Space Safe For Your Windshield?

One of the biggest issues with owning a vehicle is finding a parking spot. This…