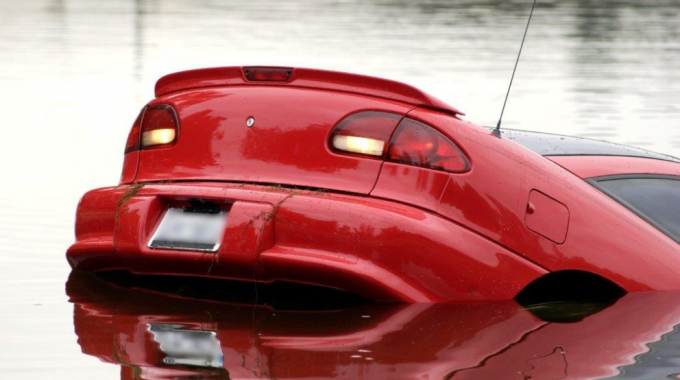 2017 saw 21,000 crashes in the U.S. which led to vehicle fires or submergence in water. Vehicle fires amounted to more than 181,500 in 2018. If people get trapped in their cars during such crashes, they can be fatal. While there are many emergency car escape tools out there, they might not be very effective for much longer.

Newer cars are moving towards laminated glass windows on the sides. A variant of these are used for windshields and are designed not to crack when hit by anything, even at high speeds. This also renders the hammer-style tools much less effective at breaking the glass.

Laminated glass, as the name suggests, has a layer of clear lamination on both sides of the glass that makes sure the glass doesn’t shatter into small pieces when breaking. This is a commendable cause, since the small bits of glass flying around are what caused most of the damage before laminated glass.

However, when used on side glasses, which is a means of escape in the event of a crash, it becomes counterproductive. After all, the main goal of laminated glass is to ‘lessen the chance of ejection in a crash’.

Tempered glass, on the other hand, is designed to break into tiny pieces when broken, thus giving those inside a way out in case of emergencies.

More than 75% of all 2018-model vehicles have laminated glass windows, according to AAA. Apart from purchasing a spring-loaded emergency car escape tool, it is also recommended that you get your vehicle’s glasses replaced. If you can’t get every glass replaced, getting at least one can also get the job done. Memorize the location of the tempered-glass window and formulate a plan accordingly to remain vigilant during a real emergency.

To get your vehicle’s glass or windshield replaced or repaired, True Blue Auto Glass is just a call away!

Everything You Need to Know About Windshield Sealants

How to Prevent a Windshield Crack from Spreading

Cracked windshield repair is a specialized job, and even the slightest chips on your windshield…

How Negligence Can Damage Windshields & Cost A LOT

A windshield is a very important component in a vehicle, and any negligence towards it…