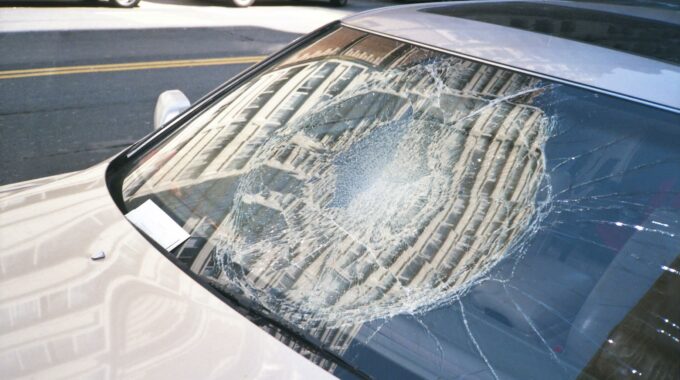 Every car owner’s top priority is their own safety and that of their passengers. This is where the importance of a windshield comes in. It not only protects people from debris, dirt, and dust but also provides safety in case of a collision or accident.

A windshield has to be shatterproof to prevent any sharp fragments of glass from harming the passengers and also provide a cushion in case of a head-on collision.

Although there are two widely accessible varieties of safety glass, all auto glass types fall under this category, tempered glass, and laminated glass.

Windshields, however, are always made with laminated glass, though this was not the case a few years ago. When windshields were first invented, they were made of standard glass, which would shatter into several harmful shards and end up harming the passengers. Due to this primary reason, car manufacturers invented the laminated glass, which consists of PVB.

The polyvinyl butyral is a major bonus as it has the ability to stop the glass from breaking in the case of a collision. It also acts as a cushion in case the driver is forced head-on to the windscreen. It supports the vehicle’s integrity and airbag function.

With the development of technology, manufacturers have created even better windshields that shelter occupants from damaging UV radiation. These are called Solar Glass and are available in both laminated and tempered varieties.

A quick call to True Blue Auto Glass will ensure swift windshield repair or replacement with the highest quality auto glass on the market.

Things You Should Know About Windshields

Even though a windshield serves several important purposes for a vehicle, we hardly ever pay…

Types of Damage on a Windshield

The windscreen in an automobile is a front-line soldier. It can withstand a hailstorm's bombardment…